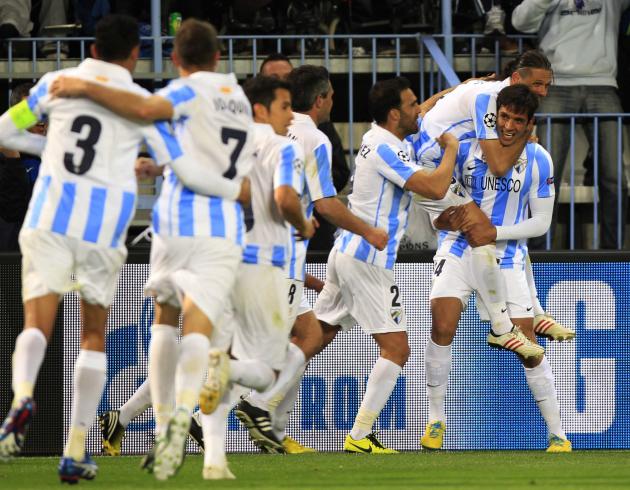 Despite lacking big names and long histories, these two squads are very capable of winning.

While the other three quarterfinal matches gather all the attention, the Champions League battle between Málaga and Borussia Dortmund is a very intriguing one that all football fans should watch.

They might not have the world-class credentials and the big names in their lineups, but these two squads play with so much intensity and heart that they, at times, literally will themselves to victories.

And yes, one plays for a tough league in the La Liga, while the other is a domestic champion in Germany.

Led by manager Manuel Pellegrini, Málaga had to go through the play-off round to take part in the European competition. They faced Greek champions Panathinaikos and beat them 2-0 on aggregate over two legs.

From there they were placed in Group C and were pitted against Italian giants AC Milan, Russian juggernauts Zenit St. Petersburg and Belgium Pro League champions Anderlecht. To say that they weren’t favoured to advance is an understatement.

However, they defied critics and exceeded expectations – going undefeated in the group stages and finishing the table in first place.

Even more impressive is that they were able to beat all three teams in their cluster, bringing their tally of wins over league champions to three.

In the last-16, Málaga were again given the tough road to face Portuguese champions Porto. And despite losing the first leg, they found the strength and will to overturn the tie and win 2-0 in their home leg to advance.

Now the fairy tale has brought them to face another champion in Borussia Dortmund. Can Málaga take down a fifth-straight domestic champion?

Similar to Real Madrid, the Bundesliga champions seem to have failed to defend their crown in their countries this year. Juergen Klopp’s men find themselves 20 points behind Bayern Munich in the German league and with the season almost nearing the tail-end, a comeback is highly unlikely.

With that in mind, Dortmund have clearly put their focus on European glory. And, avoiding big teams like Madrid, Barcelona, Juventus and Bayern, they will have a chance to advance at the expense of Málaga.

In the group stages, Dortmund were put in the fourth cluster, nicknamed the “Group of Death” as it placed four domestic league champions against each other. Battling against La Liga champions Real Madrid, Eredivisie titlists Ajax and Premier League kings Manchester City, these four heavyweights had to fight for two slots.

Most people thought Madrid would easily top the table but the German outfit had a different plan. After six matches, the Bundesliga squad were on top of the table, with four wins and two draws, they were the only unbeaten team in the cluster.

Furthermore, they were able to defeat all three champions at least once as they marched to the last-16. And there, they faced Ukraine champions Shakhtar Donetsk and handled them with a 5-2 aggregate win.

They have undoubtedly overachieved so far, and to say that they do not have a shot at going further in the competition is completely false.

Two teams who possibly might have had the hardest routes to travel to reach this stage will finally try to knock each other out.

On paper, Dortmund have an advantage and may use their experience to overcome the resiliency of Málaga. However, with the first leg played in Spain, the hosts may very well be ready for another upset.

Contrary to popular belief, this may be the quarterfinal to watch.