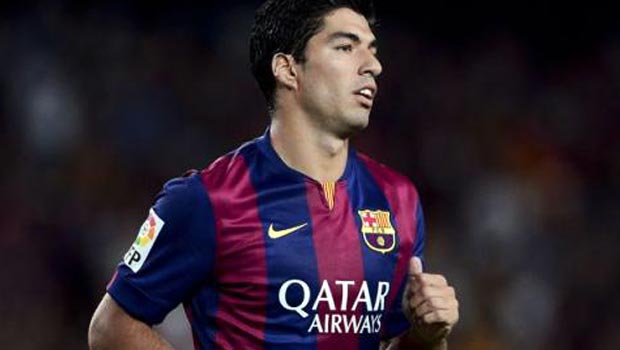 Pedro believes that Luis Suarez will add another dimension to the Barcelona attack as they continue to try and compete at both home and abroad this season.

The Uruguayan moved to the Nou Camp this summer but has so far been unavailable to coach Luis Enrique following the suspension he received for biting Italy’s Giorgio Chiellini during the World Cup.

However, the likes of Pedro and youngster Munir El Haddadi have ensured he hasn’t been missed, with Barca winning six of their seven La Liga matches to see them move into an early lead at the top of the standings and they are the current favourites to win the title at 1.85.

Suarez will be allowed to play before the end of October though and it is being widely speculated that it will be the Spanish World Cup winner who loses his place in the side so that the new boy can form a mouth-watering attacking trio alongside Lionel Messi and Neymar.

At 27, the winger is now at an age where he should be enjoying his best football and rumours have been rife that any extra time on the bench for the club, where he has spent his entire career to date, could force him to seek an exit from the Catalan giants, who are currently 6.50 to win the Champions League.

Pedro is refusing to be flustered though, arguing that competition is part and parcel of playing for Barcelona and insists that he is excited about what his fellow attacker will bring to the side.

“There’s competition at Barcelona every year,” he is quoted as saying by Marca. “It’s been there every year and I try to work hard. It’s true that this competition means that I get to play less than I want, though.”

“I’m looking forward to him (Suarez) playing so he can make a contribution with his skills.”