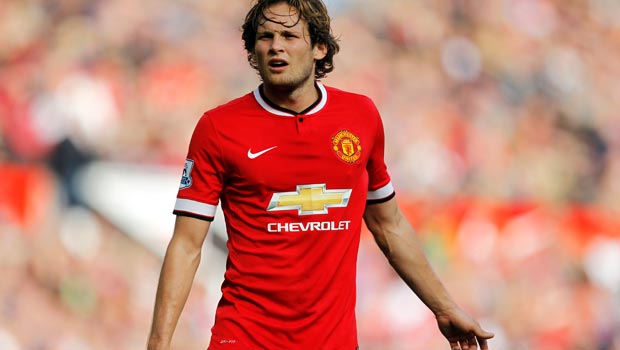 Daley Blind says he wants to follow in his father’s footsteps and become a key part of Louis van Gaal’s plans at new club Manchester United.

Following an excellent World Cup in which he helped the Netherlands finish third under Van Gaal’s tutelage, the versatile star was linked with a number of Europe’s top sides before completing his move to Old Trafford from Ajax on the final day of the transfer window.

Since arriving in England, the 24-year-old has impressed in his favoured holding midfield role, giving the seemingly unbalanced Red Devils some much needed protection in the middle of the park and looks set to be key if they are to go on and win the Premier League title, something they’re currently 15.00 to achieve, with leaders Chelsea the favourites at 1.50.

Blind of course comes with some pedigree, with his father Danny captaining his current manager’s Ajax side to Champions League glory in 1995, and the boss has never been shy about speaking of his admiration for the former defender, most notably his leadership qualities.

The Old Trafford new boy admits his age means he is still learning the game but that one day he wants to emulate his parent’s achievements and feels his current mentor is the best man to help him.

“I hope I become a bit of a leader like my dad was, but I am still young,” he told the Manchester Evening News. “I am still improving and this is a new era for me, coming to a new area.

“But I can be that (a leader). I have to learn it and have to keep it up but I am learning every day, including about being a leader.”