Posted by Akinnifesi Olumide on November 2, 2022 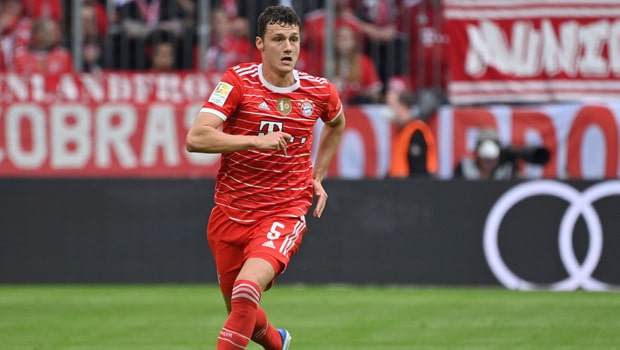 According to rumors circulating the German media, there has been news regarding the displeasure of Benjamin Pavard’s lack of regularity at the heart of the Bavarian defense.

There were expectations of the Frenchman leaving the club at the end of last summer’s transfer window. However, it took solid convincing from manager Julian Nagglesman for Pavard to remain at the club, as there were also strong intentions by the club hierarchies to allow him to remain.

These assurances gave the defender the motivation needed as he kicked off the campaign with impressive performances at the right-back position, making him a preference over Mazaroui in that role.

Recent reports have suggested that Pavarad remains unhappy as he prefers a center-back role as he has always admired and reiterated his desire to play in the back four.

The 26 years old is currently the fourth choice in the center-back role ranking, with Dayot Upamecano, Lucas Hernandez, and Mathias DeLight ahead in the pecking order.

These situations might warrant him seeking a new challenge elsewhere, with his contract renewal also stalling with no plans for renewals. Getting a suitor wouldn’t be a change as there have been various European clubs fighting for his signature, with the likes of Manchester United, Atletico Madrid, Juventus, and Chelsea seeking his services in his preferred role.

For this to be averted, there must be a lot of positive upturn in events for the former Stuttgart man. He, however, came in as a 46th-minute substitute in Bayern’s 6-2 thrashing of Mainz over the weekend. But the truth remains he doesn’t want to play second fiddle to anyone in the Bavaria team.

Pavard hopes to get another shot at his role or the right-back position, at least when his side welcomes Serie A giants Inter Milan to the Allianz arena on Tuesday, Nov.1.