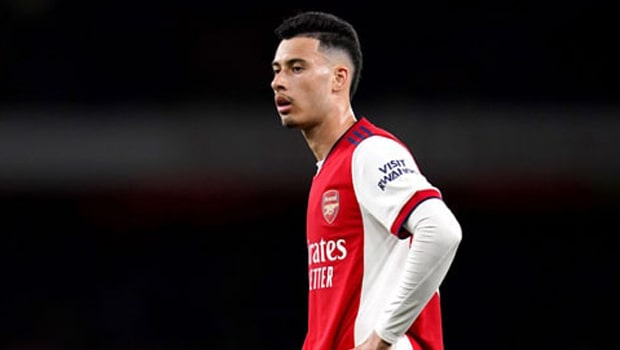 A Nottingham Forest collapse in the second half helped Arsenal return to winning ways when they met at the Emirates Stadium on Sunday with a 5-0 win.

The Gunners had an unfruitful journey to Eindhoven in the Netherlands on Thursday when they lost 2-0 to PSV in the UEFA Europa League.

In the Premier League, they needed a victory in order to return to the top of the table after Manchester City had pipped them on Saturday thanks to a 1-0 victory over Leicester City at the King Power Stadium.

Belgium midfielder Kevin de Bruyne scored a spectacular second-half free-kick to give Pep Guardiola’s side the win, although their stay at the top was temporary as Arsenal took the game by the neck immediately in the first half as Brazilian forward Gabriel Martinelli put the Gunners ahead under 5 minutes.

No goals followed until the second half, when substitute Reiss Nelson started the show. The forward was brought in the first half after England forward Bukayo Saka left the pitch injured in the first half.

Norwegian skipper, Martin Odegaard got in on the party and made it five to mark Arsenal’s 300th win at the Emirates Stadium.

Meanwhile, Manchester United manager Erik ten Hag said that Spanish goalkeeper David de Gea can be relied upon after his performance for the Red Devils in their 1-0 win against West Ham on Sunday.

Manchester United got the victory courtesy of Marcus Rashford’s goal, which is his 100 goal for Manchester United. De Gea was left out of Spain’s 55-man provisional list for the world cup during the week.

However, Ten Hag believes the goalkeeper was a big part of the win even though his team needs to keep improving.

“If we don’t manage it with the 10 outfield players on the pitch, you can really see defending with 11 because we have a great goalkeeper. With great saves and composure, you can rely on him.” Ten Hag said.