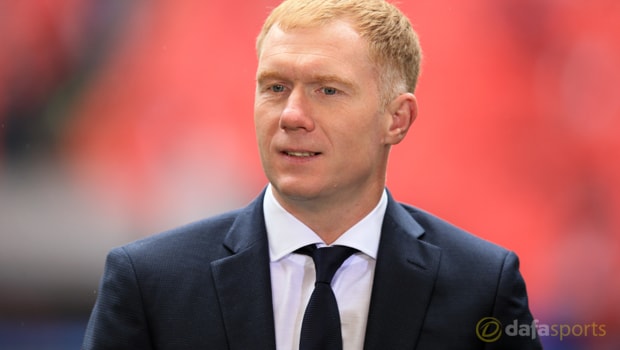 Paul Scholes has backed Manchester United to finish in the Premier League’s top four this season.

The Red Devils have had a mixed campaign to date but currently sit fifth in the table, with two games in hand on fourth place Liverpool.

United’s current unbeaten run in the Premier League stretches back to October and having already collected the EFL Cup and with them the 2.30 favourites to win the Europa League, it appears the glory days could be on their way back to Old Trafford.

The race for the top four has been one of the most competitive in recent years and ahead of Saturday’s visit of West Brom, Jose Mourinho’s men are 2.38 to finish in the Champions League places.

The former England midfielder admits he has been impressed by their steady improvement throughout the campaign.

Looking ahead, the 42-year-old believes they are in good shape heading into the final weeks of the season and is confident the Red Devils can finish in the top four.

“The chances are good and I expect them to finish fourth,” Scholes said. “They have been on a fantastic run, without making much progress in the league.

“I think [United’s season] has been alright. There is a big period now, this will define how good the season has been.

“They have got three tough away games. If they can get through that with five or six points, they have got a great chance of finishing in the top four.”