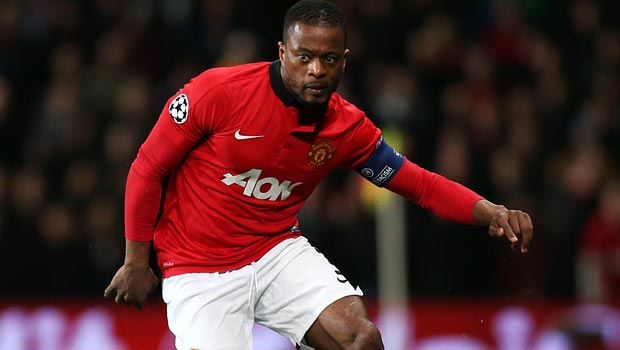 The Frenchman has joined the Serie A champions on a two-year deal for a £1.2m fee after falling down the pecking order at Old Trafford.

Evra joined the Red Devils in 2006 from Monaco and went on to make 379 appearances for the club. During his time in England he won the Champions League, five Premier League titles, three League Cups and a Club World Cup.

The 33-year-old signed a contract extension in May but he failed to travel with the squad to the USA for the pre-season tour. United’s summer capture of Luke Shaw from Southampton also pushed Evra closer to the exit door but he has moved quickly to thank the club, former manager Sir Alex Ferguson and the fans.

He told the club’s official website: “After a great deal of thought, I have decided the time is right for me to leave Manchester United. It is the biggest decision of my career as this club is, and will always remain, in my heart.

“I would like to thank everyone at the club – team-mates, coaches and in particular all the staff who made every single day in Carrington or at Old Trafford a special day.

“An immense thank you to Sir Alex Ferguson for making it all possible, for giving me the privilege to be a captain, to be inspired by the legend of Manchester United and to understand that nobody is bigger than the club.

“My biggest thanks go to the fans. We have had some fantastic times together, we lifted all of those trophies together and that night in Moscow will live with us all forever.”