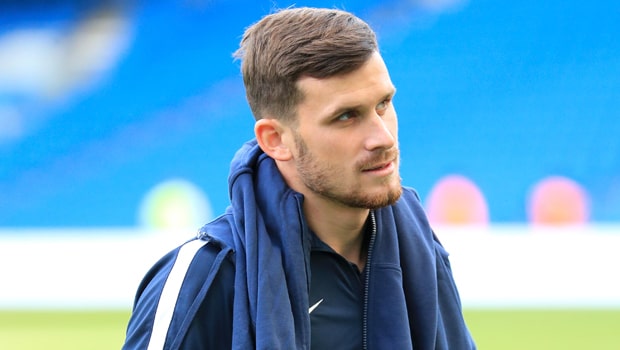 Bright & Hove’s Pascal Gross found the back of the net twice (30’, 39’) in the first half as the midfielder continued to find space on the road at Old Trafford against Erik ten Hag’s Manchester United.

“It is definitely a set-back, a real disappointment, but we have to deal with it,” Ten Has said after the loss. “I knew from the start that it wouldn’t be easy, it’s a process and takes time, but we don’t have time. We have to win games and we should have done better.”

The home side’s fans booed the club at the break.

“We gave too many easy balls away and the organization was a big mistake,” Ten Hag said. “It was not the way we made it out, we made it clear how to deal with certain situations when we drop in. but that happens, we have to analyze and take the lessons from it.”

Cristiano Ronaldo started the match on the bench.

“It was clear to see that the second half, we were better in midfield with (Christian) Eriksen down and Ronaldo up,” Ten Hag added when asked about Ronaldo’s impact in the second half. “Then we created and (Marcus) Rashford had two really good chances. It’s a pity we didn’t score them for 2-2.”

This was Brighton’s first ever away win against United. They had lost 12 of their last 14 away matches with United, having drawn twice.

“It was a great performance,” Brighton manager Graham Potter said. “It was a deserved win over the course of the game and a fantastic effort from the players so a fantastic start.

United dominated the possession battle 63-37, but had just one more shot on goal than the visitors.

Gross scored his two goals within nine minutes. He has 19 Premier League goals for his career, with six of them coming against United.

“We had an idea of how to attack and when we could, we tried to press and put them under pressure,” Potter added. “We were positive, we were brave in what we tried to do and the boys gave it everything. It’s a difficult place to come with the quality they have and the crowd get behind them really quickly. Our performance first half was really strong.”

Brighton did not name any new signings in their starting eleven, but did utilize Chelsea loanee Levi Colwill from the bench.

United will be away for their next league fixture against Brentford next Saturday, 13 August. That asme afternoon, Brighton host Newcastle United.