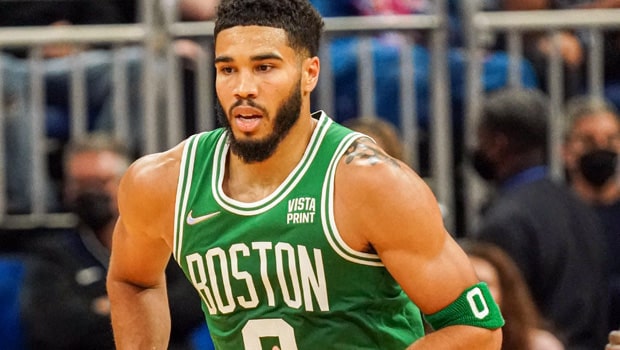 The Celtics fell short in the 2022 NBA Finals against the Warriors but they will still be a team to beat next season, now that they’ve added Malcolm Brogdon and Danilo Gallinari, who will provide depth, size and scoring. On paper, the Celtics will be scarier next season.

Last month the Celtics reportedly included Jaylen Brown in a massive trade offer for Nets star forward Kevin Durant. “The Boston Celtics recently offered a package around one-time All-Star Jaylen Brown for Durant and have emerged as a real threat to acquire Durant, league sources tell The Athletic,” Shams Charania, from The Athletic and Stadium said on July 25.

Jayson Tatum dismissed the trade rumors as noise, saying that most of the information out there is false.

“That’s the world we live in,” Tatum said to Justin Quinn on the Celtics Lab Podcast. “It always comes from an anonymous source, but it always makes ESPN or Twitter, or whatever and everybody sees it. So you never know what’s true and what’s not true.

“If you pay attention to everything you see on Twitter or TV, you drive yourself crazy. I think that’s just something that you have to learn. Just keep your own sanity, your own peace.

“They’ll literally say anything some of it might be true and then those other things couldn’t be further from the truth. The average fan at home doesn’t know the difference and they just might believe whatever they see.

“It doesn’t help that people go on sports talk shows talk about it every day. We don’t know who said it. Control what you can control. That’s what I always live by.”

Based on Jayson Tatum’s statement, he still believes in Jaylen Brown and the current Celtics core and their chances to finish what they started by winning the NBA Championship next season.