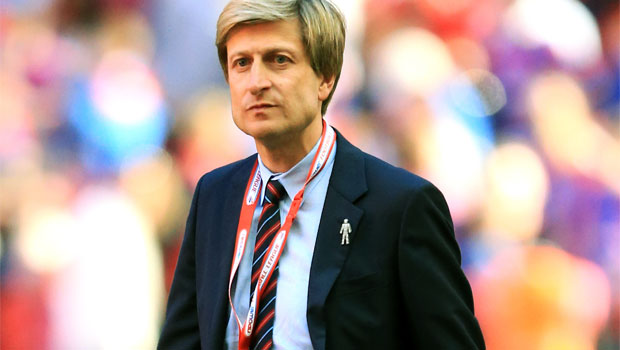 Crystal Palace co-chairman Steve Parish has confirmed he is interested in speaking to former Stoke boss Tony Pulis about the vacant managerial position at Selhurst Park.

The search for a new Palace manager is on following the departure of Ian Holloway on Wednesday and Pulis was linked with the vacant position almost immediately.

It is thought Parish is keen to appoint a manager with Premier League experience and Pulis would fit the bill perfectly after keeping Stoke in the top flight for five consecutive seasons before he was replaced by Mark Hughes in the summer.

Parish has yet to make contact with Pulis but says he will do some time in the very near future as he looks to make a quick appointment.

“We haven’t contacted him (Pulis) yet but I think we will have a chat with him, definitely, if indeed he is interested,” Parish told Sky Sports News.

“I don’t know if he is. His name keeps being mentioned but he may be happy with whatever else he is doing.

“We’ve got a long list we have made, hopefully with everybody and anybody on it. We will start contacting people who are out of work and try to arrange some time to see them.

“But we will have conversations with all the usual suspects, all the obvious candidates, and maybe some not so obvious.

Former Palace star Tony Popovic, who coaches Western Sydney Wanderers in Australia’s A League, has also been mentioned as a possible target, along with Neil Warnock.