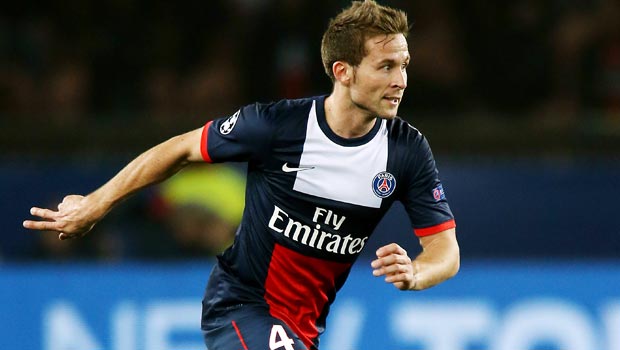 Paris Saint-Germain will face their “first real test” in the Champions League against Chelsea on Wednesday, according to midfielder Yohan Cabaye.

The former Newcastle United star believes Jose Mourinho’s men are easily the toughest opponents PSG will have faced in the competition this season.

The French giants, 12.00 in the outright Champions League winner betting, are looking to go further than last season when they were eliminated at the quarter-final stage to Barcelona on the away goals rule.

And Cabaye feels the Ligue 1 leaders will have to show Chelsea, 11.00 to win the trophy they lifted in 2012, a lot of respect in the first leg at the Parc des Princes.

“We need to work hard, stay focused and show a lot of respect to their team,” he told Uefa’s official website. “It’ll be the first real test for PSG this year in European competition, so we’re motivated.

“In the end, the objective is to qualify for the semi-finals. We expect two tough matches and it won’t be easy but we’re ready to put in the effort.”

PSG look set to be without first-choice right back Gregory van der Wiel against Chelsea after he missed training on Monday.

The Dutch international trained indoors, away from the rest of the squad, on Monday and is thought to be still struggling with a right knee problem.

Frenchman Christophe Jallet has filled in for the last three Ligue 1 matches but now faces the prospect of an evening of trying to stop Chelsea’s star man Eden Hazard.

Brazilian left back Maxwell could replace Lucas Digne at left back if PSG boss Laurent Blanc opts for his greater experience.