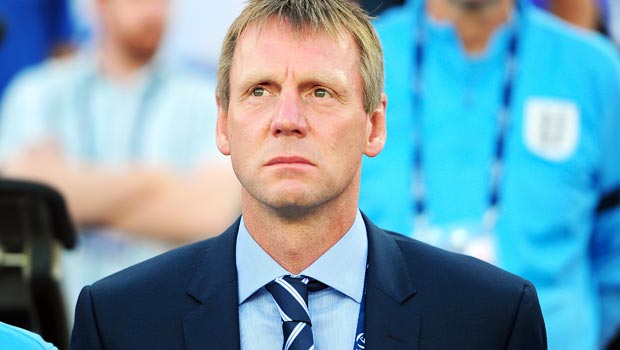 Nottingham Forest have reopened talks with Stuart Pearce about the manager’s job at the City Ground, although he could wait until the end of the season to take over.

Pearce cited ‘family reasons’ when he initially rejected Forest’s approach in the wake of Billy Davies’s sacking and Neil Warnock’s decision to stay away because of a perceived lack of British knowhow in the club’s management infrastructure.

It has been claimed that Pearce, 51, was not willing to put his reputation on the line over a short timespan as Forest chase promotion via the play-offs this season.

Forest, currently two points outside the top six with seven games remaining, are 12.00 with Dafabet to achieve their goal and return to the Premier League next season.

But they have dropped from fifth in early February when they were only five points off an automatic promotion spot after a 10-match winless run.

Pearce’s popularity as a player at Forest, where he spent 12 years and achieved legendary status under former manager Brian Clough, has counted in his favour with the club’s chairman Fawaz Al-Hasawi.

The former City Ground favourite also has plenty of experience as a manager, having started with a caretaker spell at Forest in 1997. Pearce managed Manchester City for two years in the Premier League and was in charge of the England Under-21s for six years.

Gary Brazil has been in caretaker charge since Davies left and Forest’s 1-1 draw at fellow play-off contenders Ipswich last Saturday appears to have been enough for him to retain the role for this weekend’s clash with struggling Millwall.

But Pearce remains a popular figure with Forest supporters, and the owners are keen to appoint someone with a strong connection with the club.