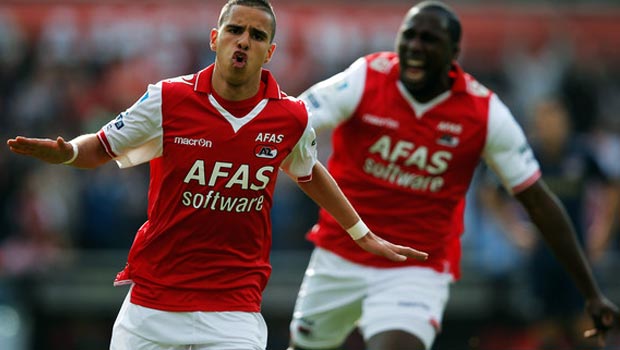 Haar was on a scouting mission in Portugal over the weekend where he saw Benfica, second favourites at 4.30 to win the Europa League, beat Sporting Braga to go seven points clear at the top of the Primeira Liga.

Last season’s finalists are fighting on three fronts, with the Portuguese League Cup also on their agenda, but Haar believes they have a strong enough squad to cope with the workload.

“Of course Benfica has an excellent team with a wide selection, all technically skilled and fast,” he told Voetbal International.

“They have enough players to rotate. How do we compete with them, we do not know. We are going to look at them several times and that information will be put to coach Dick Advocaat. Then we will come up with a battle plan. Normally, it would be difficult to go through.

“But we’ve obviously got a chance. We need a bit of luck.”

Advocaat ended speculation over his future by confirming on Saturday that he will be leaving AZ at the end of the season, having taken over for a second spell after Gertjan Verbeek’s dismissal in October.

The former Dutch national coach agreed a short-term contract for this season but speculation over an extended stay had been mounting in recent weeks.

Advocaat has previously coached PSV Eindhoven, Borussia Moenchengladbach and Zenit St Petersburg, but AZ are now looking for a younger man who could remain in place for several years.

The 66-year-old will be looking to mastermind a first leg win for AZ, who are 38.00 to win the Europa League in the outright betting.

AZ are 4.49 underdogs to take a first leg lead to Portugal, with Benfica 1.75 to win in the Netherlands on Thursday and the draw priced at 3.50.