No panic in Burnley ranks 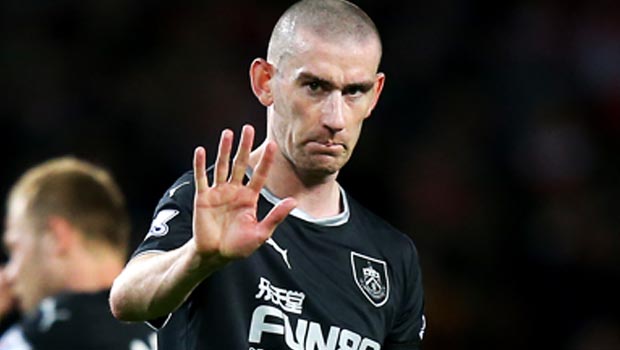 Midfielder David Jones has urged his Burnley team-mates to hold their nerve and insists there is a belief among the players that they can beat the drop.

The Clarets have yet to win a top-flight game this season after gaining promotion last term and they sit bottom of the Premier League table with just four points to their name.

Scoring goals has clearly been a problem for the Lancashire club, with only five in the league all season, while they have shipped 19 at the other end.

Sean Dyche’s side were tipped for an immediate return to the Championship before a ball had even been kicked this term and there has been nothing in the early part of the season to suggest those predictions were misplaced.

But there is still plenty of time for Burnley to try to turn things around and getting a first win on the board will certainly act as a shot in the arm for all connected to the club.

And Jones, who knows a thing or two about scrapping at the wrong end of the table, having been involved in relegation fights with Wolves, Wigan Athletic and Derby County, feels a calm head is needed to deal with the situation.

“One thing you can’t do is panic,” he said. “You’ve got to be relaxed, focused and have clarity of mind to be able to perform at this level. That’s what we’ll continue to do.

“Internally we have lots of confidence that we can get results and keep together as a team, and build on that spirit that we showed last year and this year.”

Burnley’s next challenge is a clash with Hull City on Saturday and they can be backed at 2.49 to take all three points, with Steve Bruce’s side on offer at 2.80.