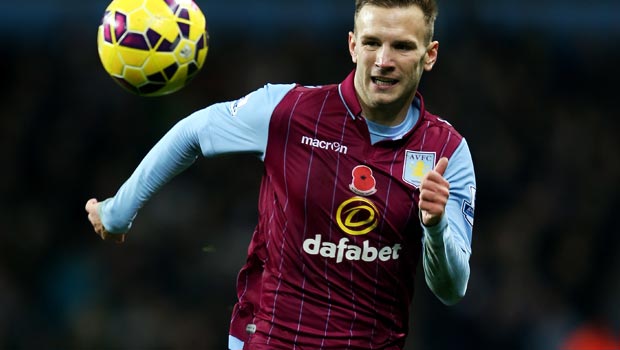 Andreas Weimann believes the way that Aston Villa are playing gives them reason to believe that they can turn around their fortunes.

After a bright start to the campaign, which saw the Villans win three and draw one of their first four games, they have now lost six in a row to sit in 16th place in the Premier League standings.

Reports earlier this week suggested that owner Randy Lerner is rapidly losing patience with boss Paul Lambert who needs to stop the rot as soon as possible or face the prospect of a Villa Park exit.

The Midlanders face a trip to east London on Saturday and can be backed at 4.70 to beat West Ham, who are on offer at 1.75 to keep up their stellar run of form, while high-flying Southampton will then visit Villa on November 24.

Both games look tough on paper and it could be argued that Villa have faced some of the top teams during their miserable run, with defeats to Arsenal, Chelsea, Manchester City, Everton and Tottenham.

Weimann himself ended his side’s 547-minute goal drought by opening the scoring against Spurs at the weekend before the north Londoners drew level and Harry Kane then netted a late winner.

And it was his side’s display in defeat to Spurs that has given Weimann a belief that, if they can get some sort of positive result at the weekend, the good times will return.

“No, it’s not nice to lose six in a row because in the end we have we played well,” he said. “We showed we can play football and we are a good team.

“We need to go out and get a win – or just a point, something – and it will turn around again.”