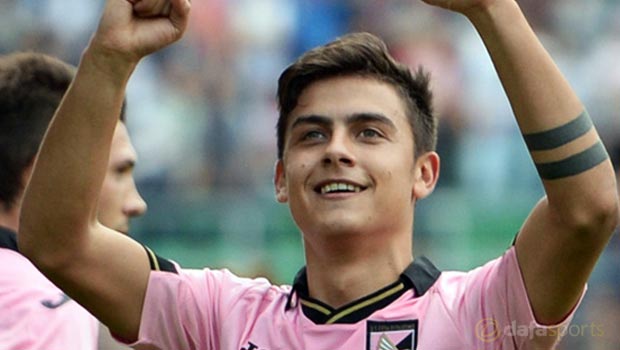 There has been no shortage of interest from around Europe in Palermo hot-shot Paul Dybala with his agent now suggesting that interested clubs will have to pay 50 million euros for his services.

Dybala has been integral to Palermo’s hopes of securing another season in Serie A, scoring 13 goals and assisting in another ten.

The Argentine starlet has understandably caught the eye of many of Europe’s biggest clubs, with the Rosanero seemingly resigned to losing their prized asset this summer.

“We are talking about an extraordinary player that has all the characteristics to become an excellent one. He is a good person too.

“So many teams want him and he will probably leave Palermo but we will find the right replacement.”

There appears to more to the story than just interest, however. as one of the player’s representatives, Gustavo Mascardi, has revealed that offers have been put on the table.

Italian heavyweights Juventus, Roma and Inter are looking to keep the 21-year-old in Serie A but will have to fork out at least 50 million euros to land Dybala, following offers submitted from abroad, most notably Paris Saint-Germain and Chelsea, while Arsenal and both Manchester clubs are believed to be keen.

“Paris Saint-Germain came forward with an offer of €45m, while Chelsea already have €40m on the plate,” Mascardi told La Gazzetta dello Sport.

“Now the price cannot be any lower than €50m. Paulo is calm and he’ll make his decision level-headedly.”