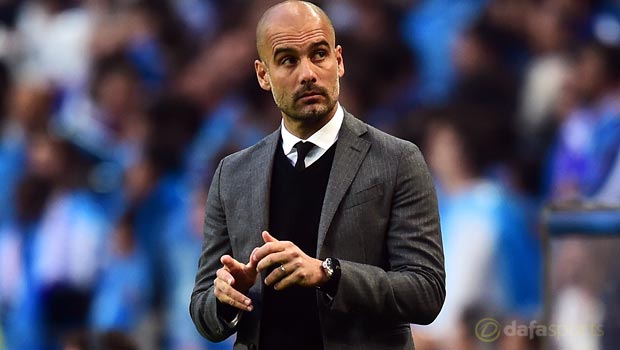 Pep Guardiola is fully aware of his responsibility as Bayern Munich boss and remains confident that his side can overcome a first-leg nightmare to progress to the Champions League semi-finals.

Bayern had largely swept all before them this season going into the first leg of their quarter-final with FC Porto at the Estadio Do Dragao but Ricardo Quaresma scored twice in the opening ten minutes to get the Portuguese giants off to a flying start.

Although Thiago Alcantara secured what could be a crucial away goal, Jackson Martinez added a third in the second half to give Porto a two-goal advantage ahead of the trip to the Allianz Arena.

The Bavarian giants can secure Bundesliga glory next weekend but one trophy is simply not enough for a club like Bayern and Guardiola is adamant that his men can turn the Champions League quarter-final on its head.

“We have to take more risks after the first-leg result, but I am happy to be here in this stage of the competition,” he said. “I know it won’t be easy, but I am 100 per cent optimistic that we’ll do it.

“We are just a few steps away (from winning) the German Cup and the German league, if we win on Saturday against Berlin, we’ll be champions.

“That impresses me when I see how many problems we have had. But I know which club I am at, it isn’t enough to win the Bundesliga and the cup.

“Only a treble is enough for a club like Real Madrid, Barcelona or Bayern, but I am proud to be here with these players.”

Bayern have been installed as 1.36 favourites in the match betting, with Porto available at 8.50 and the draw at 5.00 for Tuesday’s clash, although playmakers Franck Ribery and Arjen Robben are both sidelined.