Owls told to tighten up 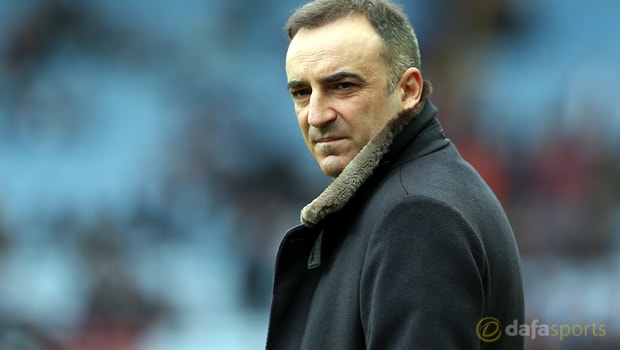 Sheffield Wednesday have been told to cut out the errors if they want to finish the season in the Championship play-off places.

The Owls host a crunch clash with Reading on Friday evening, with both sides under pressure as in-form Fulham continue to close in on the top six.

Indeed, the Cottagers would have displaced Wednesday in the play-off places had they beaten Blackburn Rovers on Tuesday evening, instead of being held to a 2-2 draw at Craven Cottage.

That result left the Owls one point ahead of Fulham, with Reading two points better off than Wednesday heading into a classic six-pointer at Hillsborough.

And home head coach Carlos Carvalhal has warned his players to tighten up, having seen his side win just once in their last five league outings.

He told the Sheffield Star: “We are trying to score goals all the time, but we must correct the mistakes that we are making (in defence) and try to be better in the next game – that is the most important thing.”

Meanwhile, his Royals counterpart, Jaap Stam, is also looking for an improvement, with his team having also won only one of their last five Championship games.

He added: “We are not thinking about losing and possibly being out of the top six. We need to be ruthless in defence and in attack.”

A Roy Beerens double gave Reading the points when the two sides met at the Madejski Stadium in December, with the hosts emerging as 2-1 winners.

The Royals are 2.75 to score the first goal of the game on Friday evening and are 5.00 to be leading at half-time.