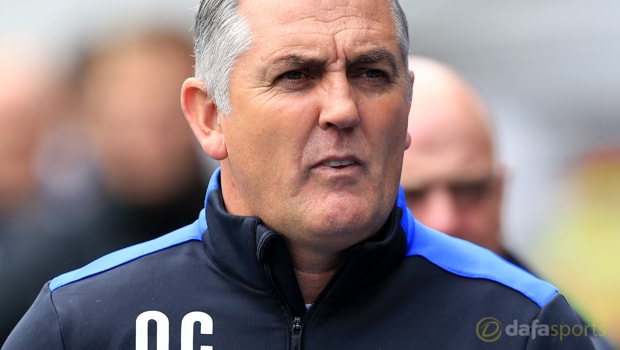 Owen Coyle admitted he was proud of his Blackburn players after a last-minute goal saw them go down 3-2 to Reading on Saturday.

Blackburn Rovers suffered their third straight defeat as after twice battling back through goals from Danny Graham and Wes Brown, they were caught out by a long throw late on to allow George Evans to grab the winner.

The result leaves Coyle’s men 22nd in the table and they will need to pick themselves up ahead of the Boxing Day trip to improving Barnsley.

After that they travel to Huddersfield on New Year’s Eve and then welcome leaders Newcastle on January 2.

Despite Saturday’s defeat, Coyle remained upbeat about his side’s performance against one of the Championship’s promotion hopefuls.

The former Bolton boss says he was pleased with the spirit they showed but admitted that their lack of cutting edge in front of goal had cost them.

“I thought we were terrific today with the way we played our football and the chances we created,” Coyle told Radio Rovers.

“We were up against a team that is at the top of the table and we made them look very ordinary for long periods of the game.

“But we had to fight our way back into it twice to get back level and then we had some great chances to win the game.

“The quality of our play, we scored two but we had seven or eight clear-cut chances and that is where you’ve got to be clinical.

So it is hard to take because we put so much into the game and have taken no points.”

Sunday’s Championship game sees QPR take on Aston Villa, with the Hoops 3.20 to win, while the draw is 3.25 and the Villans the 2.38 favourites.