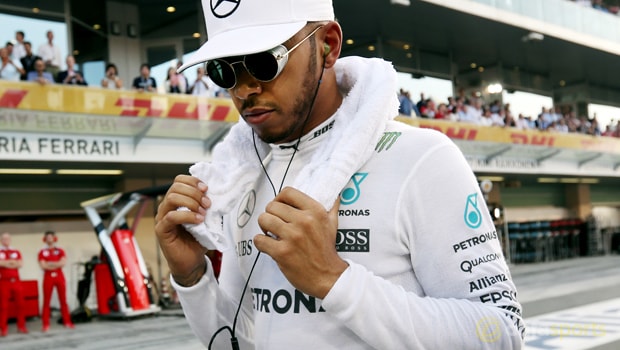 Lewis Hamilton has hinted that there is still plenty of tension between himself and the Mercedes hierarchy after saying he felt “disrespected” in Abu Dhabi.

The Brit headed into last month’s final race of the year knowing he needed to win and hope team-mate Nico Rosberg failed to make the podium in order to claim his third straight Drivers’ Championship.

Hamilton dominated at the Yas Marina Circuit but with Rosberg comfortably in second, he deliberately slowed down in an attempt to close the field up and give those behind him a chance to catch his colleague.

The Silver Arrows’ staff were less than pleased by his actions and made no secret of their chagrin over the radio.

That incident proved to be the last in a string of fallouts involving the pair following Rosberg’s recent retirement from the sport and Hamilton is now waiting to discover who his new partner will be for 2017.

With him now Mercedes’ undisputed number one driver, the Briton is likely to reclaim his title next term but he has suggested he is still less than satisfied with his team, an issue that could cause friction going forward.

The 31-year-old says he and his superiors have still to speak about the event, conceding it was one of the most frustrating moments of a difficult year.

“That was one of many uncomfortable moments of the year. Ultimately seeing what had been said afterwards, I felt quite disrespected by the individuals who had spoken,” Hamilton told Channel 4.

“You don’t expect that from those who are in charge of so many people.” When quizzed if the issue had been resolved, Hamilton added: “No, it hasn’t.”

Despite the obvious friction, Hamilton is currently the 2.20 favourite to win the Drivers’ Championship in 2017, while Mercedes are 1.67 to take the Constructors’ gong.