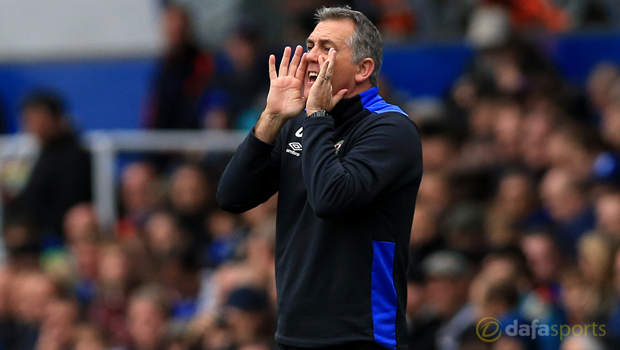 Owen Coyle is adamant Blackburn have enough quality in their squad to climb away from the relegation zone and the manager has called for more performances like the one produced at home to Nottingham Forest on Tuesday.

Blackburn endured a miserable start to their Championship campaign and they were sitting rock-bottom of the table after picking up no wins from the first seven matches.

Huge pressure was already beginning to mount on the former Bolton boss, who only arrived at Ewood Park this summer, but recent results have helped to lift the mood.

Tuesday’s 2-1 victory at home to Forest has lifted the struggling club out of the bottom three and Rovers are now on a two-game unbeaten run.

It is gradual improvements for the former Premier League outfit but the players are starting to gel and work together better with every match.

Sam Gallagher, who is on loan from Southampton this season, has been particularly impressive and the talented striker netted both goals in the recent win.

Coyle insists the current squad have enough about them to start climbing up the table and he is confident a strong run of results can be put together.

“We’re a decent team in the Championship so what we’ve got to do is show that level of consistency, which we have been doing,” he said.

“That will see us moving up the league where we all feel we should be and that will, hopefully, gives us that platform to have a real go at trying to get the club back to where we should be.”

Rovers, who are 2.38 to be relegated this season, are back in Championship action on Saturday when they travel to Bristol City, who have lost their last two games to slip down to sixth place.

The hosts are 1.85 favourites to get back to winning ways, a draw is priced at 3.50 while the visitors are the 4.00 outsiders.