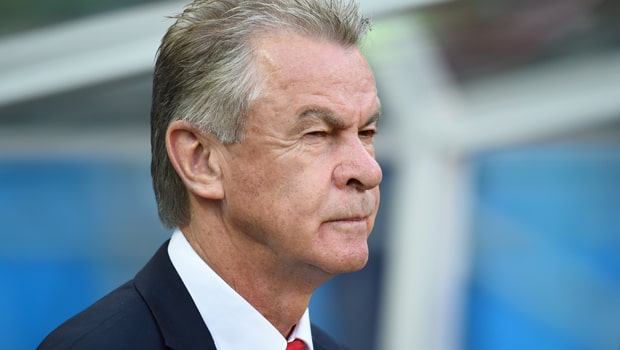 Former Switzerland boss Ottmar Hitzfeld believes the current crop of Swiss players could well be the surprise package in the Nations League finals.

Switzerland, who face Portugal in the semi-finals on Wednesday, are the 7.00 underdogs to win the tournament outright. Hosts Portugal can be backed at 2.75, England are 2.88 and the Netherlands are 3.88.

Hitzfeld managed Switzerland for six years before retiring after the World Cup in 2014, and the 70-year-old German feels successor Vladimir Petkovic’s men could go all the way in Portugal this week.

“Switzerland have outstanding young players. They have very good players with foreign roots who are all perfect football players,” Hitzfeld told Omnisport.

“They have a good set up with [Fabian] Schar, [Yann] Sommer, [Granit] Xhaka, [Haris] Seferovic, or [Xherdan] Shaqiri. And [Breel] Embolo is on his way. They have great talents. Switzerland can do a great job in the coming years.

They know how to beat Portugal. With the potential that Switzerland currently possesses, a victory in Portugal is also possible.”