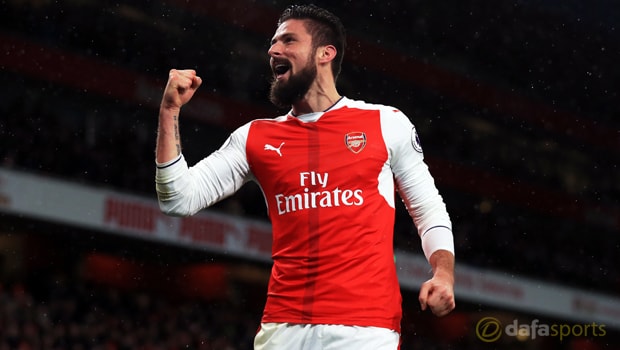 Olivier Giroud says helping Arsenal win the Premier League is one of the biggest things he wants to achieve in his career.

The Frenchman arrived at the Emirates Stadium in 2012 on the back of firing Montpellier to the Ligue 1 title but has so far been unable to repeat the trick in north London.

Giroud initially struggled to earn a regular place in the side this season, with him having to wait until Boxing Day for his first start in the Premier League.

However, he has undoubtedly taken his chance, netting in his team’s last five games as they have both made it through to the fourth round of the FA Cup and, perhaps more importantly, moved back into the Champions League places.

Another victory would further pile the pressure on those above them and help Arsene Wenger’s men keep in touch in what could be an open race for the title.

The Gunners are 12.00 to top the standings and their main striker Giroud has now vowed to continue working hard in a bid to help inspire his side to their first Premier League crown since 2004.

The now-30-year-old told Soccer AM: “I’ve won trophies with this club and we want to carry on this adventure, hopefully winning more trophies and the Premier League.