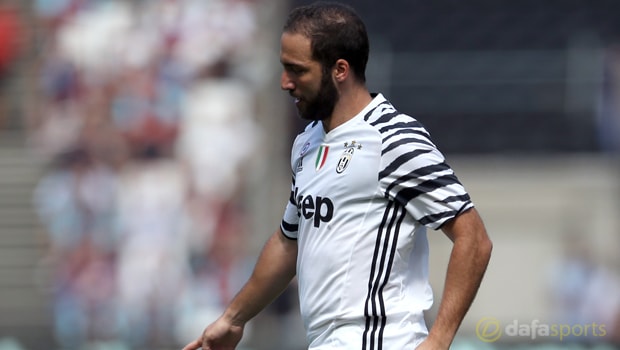 Gonzalo Higuain says Juventus must improve away from home if they are to defend their Serie A title this season.

The Bianconeri succumbed to a fourth defeat on the road on Sunday, as goals from Nikola Kalinic and Milan Badelj saw them go down 2-1 at Fiorentina.

Higuain was on hand to net his 16th goal of the season, but it was not enough to prevent Massimilano Allegri’s men see their lead over Roma at the top of the table be cut to just a single point.

They do, however, have a game in hand but that will provide little comfort for the Juve players, who know they must improve.

After collecting a fifth-straight Scudetto title last term, La Vecchia Signora have made no secret of their desire to graduate to Champions League glory, but their lack of results domestically could compromise their European endeavours.

The Argentine admits his side’s away form has not been good enough and, although he believes he knows the solution to their woes, the 29-year-old says they cannot afford any further slip-ups on the road.

He told Gazzetta dello Sport: “We have to improve away, and also our approach to home games. We can go to +4 points, but from now on, there must be no more mistakes.

“It’s true that when teams attack us we find ourselves in difficulty, so attacking our opponents will be crucial in the future.

“It’s a question of mentality. We know it will be a long and difficult season, the good thing is that it still depends on us.”

Sunday sees Allegri’s men host fourth-placed Lazio in a game they are 1.57 to win, with the draw 4.00 and I Biancocelesti 5.50.