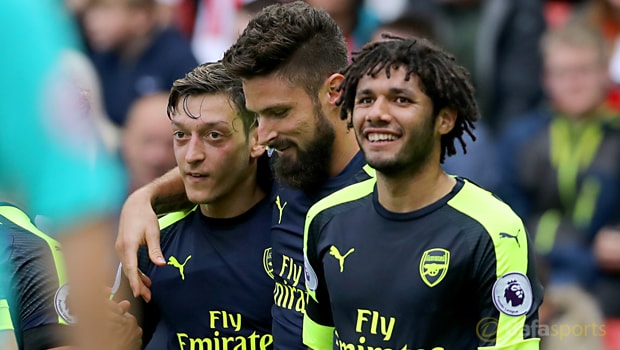 Olivier Giroud sees his future at Arsenal despite seemingly falling down the pecking order this season.

The France striker was given an extended summer break by Arsene Wenger following his Euro 2016 adventures while a toe injury then ruled him out during September.

Alexis Sanchez has been favoured in a more central attacking role by Wenger at times this season, with Giroud having to make do with a place on subs’ bench.

Now back to full fitness, Giroud hopes to get increased time on the pitch after the international break is over.

“At this time, the coach has opted for the solution of Sanchez leading the attack, partly because of my injury, so I now hope to get more game time of course,” he told Telefoot. Competition for places is no shock at a club of Arsenal’s stature admits Giroud.

He fully believes that Wenger will find use for his style of play in the future while he is also confident he could play alongside Sanchez if needed.

“I have no doubts over my Arsenal future,” Giroud added. “As with each year, there is competition for places at the big clubs.

There are a lot of attackers with different styles of play. “We have different profiles and can be used according to the team we are up against, but we can also be played together.”

After losing at home to Liverpool on the opening day of the season, Arsenal are unbeaten in 10 Premier League games since.

They are two points behind the table-topping Reds. The Gunners are 6.50 to win a first title since 2004 this season. Liverpool are 3.60 to win the league.