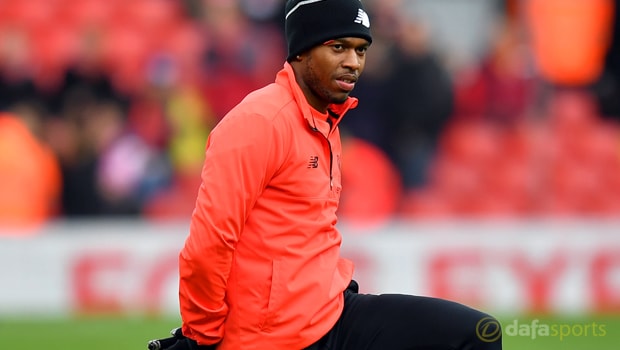 Daniel Sturridge has labelled criticism of his workrate as ‘unfair’ and he insists he is happy with his game.

The England forward has fallen out of favour with Liverpool manager Jurgen Klopp this season, with many suggesting that Sturridge does not fit into the German’s high pressing style of play.

Roberto Firmino has taken over in a central attacking role for the Reds, with Sturridge reduced to starting just four of Liverpool’s 11 Premier League games.

He has not scored in the league but Sturridge does not feel he needs to change anything in his game, insisting he is there to score goals and create chances.

“I don’t worry about that [criticism], it’s an unfair opinion. I feel that I contribute to the team with assists and goals. It doesn’t really matter what people say to me,” he said.

“It’s about positional awareness at the end of the day. My job is to score and my job is to create for the team and coming into the midfield positions is maybe too deep.” While things have not gone great at his club, Sturridge has starred for England.

He has started all three games under interim boss Gareth Southgate, scoring in the wins over Malta and Scotland.

In what could be perceived as a dig at Klopp, Sturridge suggests it is good to know that the Three Lions boss has faith in his ability to do a job for the team.

“He’s got a lot of faith in me and I’m trying to replay him as best I can by performing well in the games,” Sturridge said. “It’s important for every player, for the manager to have confidence in them.

So it’s great. Goals are what I enjoy doing but it’s the team that matters.” Sturridge is 2.88 to score for England in Tuesday’s friendly with Spain at Wembley, a game the home side are 3.00 to win.