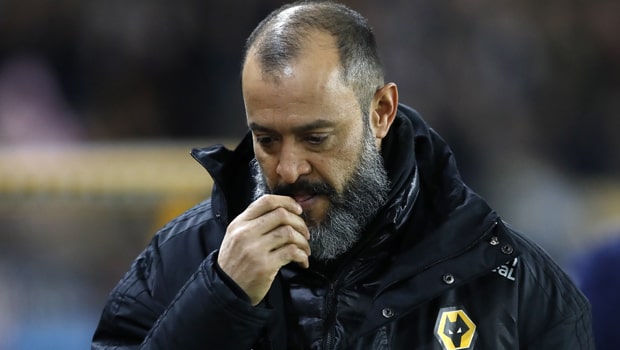 Manager Nuno Espirito Santo says Wolves must take Newcastle seriously and not allow their minds to be occupied by achieving mini-landmarks.

Victory over Newcastle at Molineux on Monday evening would see Wolves win a fourth consecutive Premier League game for the first time in their history.

It would also see the Midlands outfit setting a personal benchmark tally for points in a Premier League season, but Nuno is very much focused only on the 90 minutes ahead.

Newcastle were only denied a point against title-chasing Tottenham by a late Son Heung-Min goal last time out, while Wolves victory at St James’ Park earlier this season came a after a 94th-minute winner. “We’re not here for the records, we’re not here for that.

What we are here for is to improve, to work as a team, stay humble and work hard, trying to achieve the best performance that we can in every game,” said Nuno.

“You can see by their last performances that Newcastle are very organised, very compact and with good players.” Opposite number Rafael Benitez can call upon new signing Miguel Almiron among six additional players available since the defeat at Spurs.

Paul Dummett, Mohamed Diame, Ki Sung-yueng and Karl Darlow are back from injury, while Yoshinori Muto has returned from Asian Cup duty. Seventh-placed Wolves have spent big and have star quality in their line-up but the Newcastle boss says his team, currently in 17th, have got to aim for a win.

“Wolves are doing well. They may be newly promoted but they spent more than £100m. They have champions of Europe and internationals in their side,” said Benitez.

“We want to get three points regardless. Every game is a final for us.” Wolves are 1.86 to win Monday’s tussle, with Newcastle 4.50 and the draw priced at 3.40.