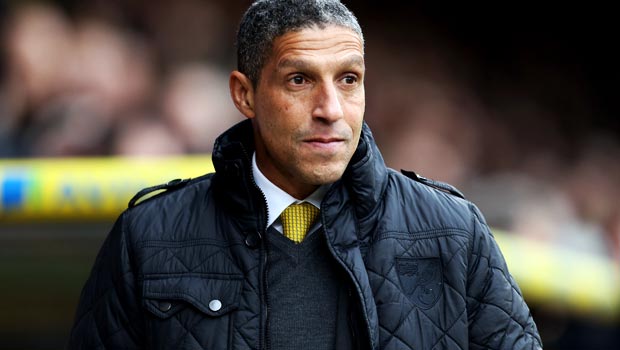 The Canaries announced the decision on Sunday and Hughton has been replaced by youth coach Neil Adams, who will oversee the final five games of the season.

“People know what this club means to me, and so it goes without saying that we will be doing everything possible to ensure that we maintain our top-flight status for next season,” Adams is quoted as saying by the BBC.

“These final five games will be a huge test for us, and everyone must step up to the mark. But with the full backing of these magnificent Norwich supporters we will have every chance of achieving our objective.”

Hughton had appeared confident Norwich could avoid the drop in the aftermath of the defeat to Albion and gave no indication that he had any concerns over his role as the club’s manager.

However, some sections of the home fans had voiced their displeasure during the defeat to the Baggies but the timing of Norwich’s decision to axe Hughton will raise questions.

The Canaries are 17th in the Premier League table and five points clear of danger ahead of Saturday’s trip to Fulham.

The Carrow Road side then have a daunting run-in as they take on Liverpool, Manchester United, Chelsea and Arsenal in their final four games of the season.

The Cottagers are the side immediately below them in the standings meaning a win for Norwich next weekend could potentially lift them eight points clear of the drop zone.