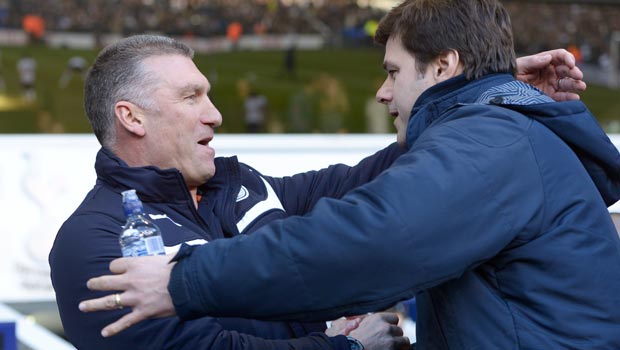 The Foxes came from behind to beat Tottenham at White Hart Lane thanks to a dramatic late winner from Jeff Schlupp to secure a place in the fifth round draw.

Pearson’s side enjoyed a hugely successful promotion campaign last term as they won the Championship with 102 points, picking up 31 wins in 46 games and scoring 83 goals in the process.

However, they currently sit rock-bottom of the Premier League having won just four times in 22 games so far this season, and Pearson hopes his squad will draw confidence from their cup heroics as they push for survival.

“We have found life in the Premier League harder than we would have liked, but the players have shown an awful lot of mental resilience,”
Pearson told Sky Sports.

“So, from being a team which was winning every week last season to not being able to find the results can be a psychological hurdle to overcome.

“The learning curve of being able to be competitive in the top flight is about being efficient in both boxes. We have not always taken chances when they have come, and we have been punished severely for minor errors.

“But we have shown we are capable, so it is important we look at what is happening realistically.

“There is no point going overboard because we have won a cup game, but our performance has been very encouraging.

“We showed resilience and know-how, and created chances.”

Leicester have won two of their last four league games after ending a run of six successive defeats but they face a tough trip to Manchester United in the next round of Premier League fixtures, before they host fellow strugglers Crystal Palace.

Leicester are priced at 3.80 to finish bottom of the Premier League and 1.65 to be relegated.