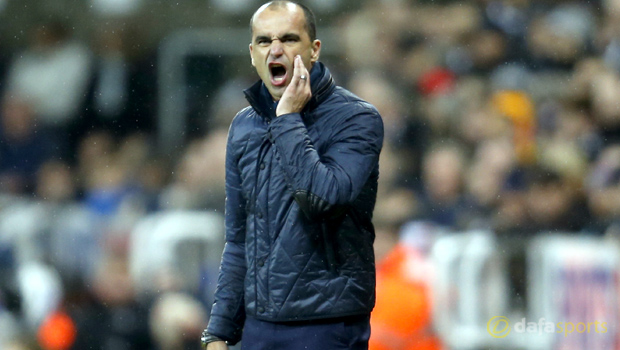 Roberto Martinez felt the late winner Everton scored at Newcastle on Boxing Day was proof they have learned from their recent mistakes.

Everton got their first win in five league games when Tom Cleverley headed home the only goal at St James’ Park deep into stoppage time.

During their winless run, the Blues had surrendered a 98th minute goal in the 3-3 draw with Bournemouth at the Vitality Stadium before failing to make their dominance count on the scoreboard in a 1-1 draw with Norwich at Carrow Road.

The Toffees outplayed Newcastle for long spells of their clash on Saturday but once more seemed set to return to Merseyside with just a solitary point to show for their efforts until Cleverley intervened.

Martinez says the victory was deserved and testament to the attitude of his players.

“From my point of view, that performance was a combination of lessons learned. That’s very, very pleasing,” he said.

“It’s huge. First and foremost, we have to understand why we got ourselves in a position where the final kick of the game mattered. From that point on, confidence and belief gets a massive boost.”

The Spaniard felt the win over Newcastle could act as a real springboard for Everton’s season after they moved up into ninth place in the table, still just six points outside the top four.

Martinez says winning a game like they did will give the entire squad a shot of confidence.

“You can work in technical and tactical situations, but the confidence and belief comes from situations like today. We have been on the receiving end in the past and that can knock your confidence,” he added.