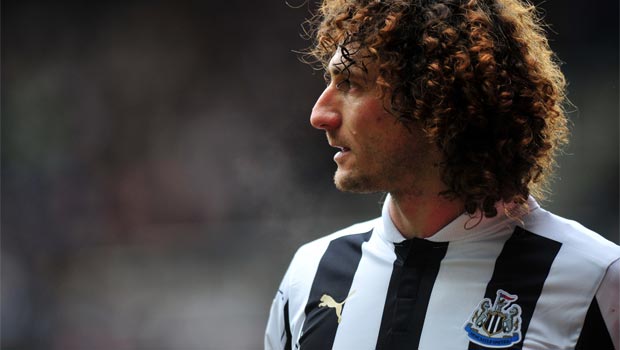 Newcastle United boss Alan Pardew fears Fabricio Coloccini could be out for up to six weeks after injuring his knee in the New Year’s Day defeat to West Brom.

The Toon endured a torrid time at the Hawthorns on Wednesday as a late Saido Berahino penalty gave Albion all three points and condemned the Magpies to a second straight 1-0 loss.

Not only was the result a blow to Newcastle’s hopes of a European finish this season, but they have been left counting the cost of the game after Coloccini picked up a serious injury.

The Argentina international was forced to leave the field in the 65th minute with a knee problem and initial reports have suggested the 31-year-old has damaged his medial ligaments.

“Not only do we lose Mathieu Debuchy [suspended after a red card] but Colo also looks to have done something to his knee,” Pardew said. “It could be four to six weeks.”

Coloccini’s injury and Debuchy’s three-match ban will force Pardew to shuffle his backline in the coming weeks, with Mapou Yanga-Mbiwa and Steven Taylor expected to come into the side for the FA Cup game with Cardiff on Saturday.

Former Montpellier defender Yanga-Mbiwa admits it is a blow to lose two of Newcastle’s best defenders but believes the squad has the strength in depth to cope.

“We lost two good players – Fabricio and Mathieu,” Yanga-Mbiwa said. “But we have a good bench. They can’t play, so it is a chance for other players.

“It’s up to the manager. If the manager needs me to play, I am ready. I will play for the team and do my best. At the training ground I do my best, work hard and wait for my chance.”