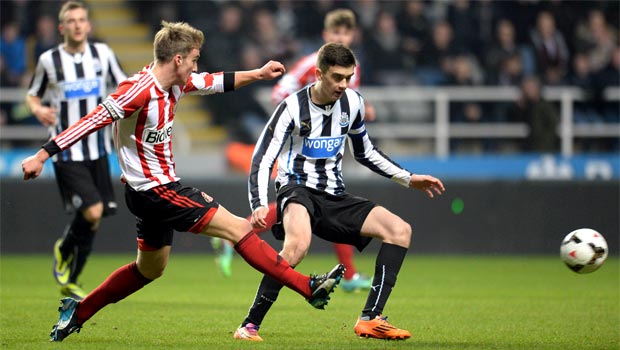 Newcastle manager Alan Pardew says his side must perform at a high standard if they are to take all three points against fierce rivals Sunderland on Saturday.

The Magpies go into the match having suffered a double blow in their preparations, as firstly they lost talisman Yohan Cabaye to Paris Saint-Germain earlier in the week, coupled with the news that top goalscorer Loic Remy will be suspended after his appeal against the red card received at Norwich on Tuesday was rejected.

Newcastle have managed to bring in Dutch striker Luuk De Jong before the close of the window on an initial temporary deal, however no other signings have been made after the club failed in an to land Lyon midfielder Clement Grenier.

The north-east club are reportedly chasing a number of targets before the transfer window closes on Friday night, however Pardew has admitted that no matter what happens regarding any potential new faces, the team must be up for a fight this Saturday.

“The thing you do know about this fixture is it really is immaterial how you play,” he said.

“It’s really all about the result, I think our fans know for us it’s a big game, and we need to show that on the pitch.”

Newcastle last beat Sunderland in August 2011 when Ryan Taylor scored the only goal of the game at the Stadium of Light, and with home advantage the Magpies are priced at 1.94 to claim all three points, with their opponents seen as underdogs at 4.01.

The Black Cats have been on a good run of form in recent weeks, having moved out of the relegation zone and up to 17th position, however they are still only three points clear of bottom-of-the-table Cardiff City.