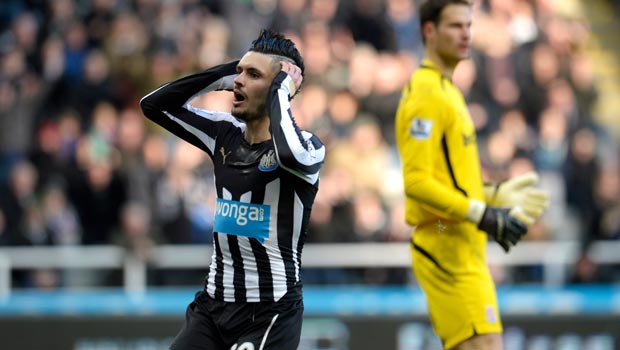 Newcastle manager John Carver has warned Remy Cabella over his “disrespectful” behaviour after he was substituted in Sunday’s 1-1 draw with Stoke.

Cabella showed his frustration by throwing a water bottle after Gabriel Obertan was brought on as a replacement with 21 minutes to go.

Carver revealed in his press conference ahead of Newcastle’s next outing against Crystal Palace at Selhurst Park that he had spoken privately with Cabella over the issue.

Carver said: “All I said to Remy, who threw his bottle on the floor, was: ‘Don’t be disrespectful to the guy who’s going on’.

“It’s great to see someone react to being taken off the pitch, but there’s a way to do that.

“Gabriel Obertan was going on, and don’t be disrespectful. It could be the other way round in the future.”

The 50-year-old admitted that he was planning for the rest of the season and doing his best to keep Cabella fit ahead of what could prove to be a tension-filled game in midweek.

Carver’s predecessor Alan Pardew is now in charge of the Eagles and the current Magpies boss is keen to do everything possible to prepare his side for what looks like it will be a tough test.

He added: “I just thought it was right to get him off the pitch, bearing in mind that we’ve got another game coming up. He did well in the game – he was very unfortunate with his headed chance – and I thought his contribution was excellent.

“I told him that on Monday morning. I had him in the office, and said: ‘Look, you’ve been great since I’ve taken over – you need to continue that, but be careful with your reaction’.”