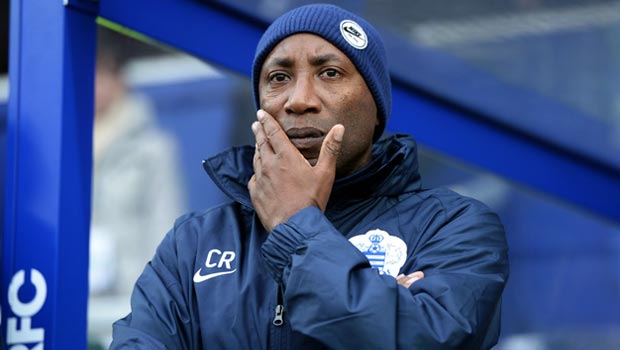 QPR caretaker manager Chris Ramsey has revealed he would “jump” at the chance to take over on a permanent basis.

The west London club parted company with Harry Redknapp last week as they continued to find life hard in the top flight.

The R’s, who can be backed at 1.40 to be relegated, sit one place off the foot of the table with a two-point advantage over rock bottom Leicester, who also came up from the Championship over the summer.

Redknapp left his role in charge on Tuesday and Ramsey had his first engagement on Saturday but couldn’t prevent his side from losing 1-0 at home to Southampton.

The Loftus Road outfit last tasted victory on December 20 when they found a way past West Brom, but they are now without a win in eight in all competitions, drawing twice in that period.

QPR have failed to pick up a single point on the road all season but Ramsey still believes that the squad is capable of avoiding the drop.

The 52-year-old insists he would relish the opportunity to take over on a full-time basis, his first management role since a spell in charge of Charleston Battery in America between 2001 and 2004.

Ramsey said: “If you got offered the chance to coach a Premier League team you would jump at the chance,” said Ramsey.

“But, more importantly for me, is that QPR avoid relegation regardless of whether I am here or anybody else.”

Former Tottenham boss Tim Sherwood has also been linked with the vacancy and Ramsey admits that he expects some tough competition for the job.

He added: “I know that director of football Les Ferdinand, chairman Tony Fernandes and the owners will go through a process of elimination with other candidates.

“I’m sure the fans would want to see a transparent procedure that allows us to bring the best person in.”