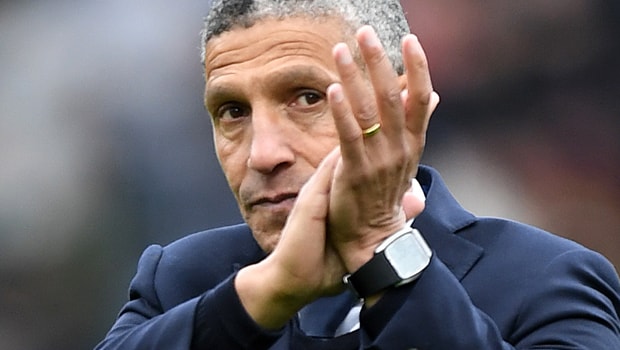 Brighton manager Chris Hughton has claimed he is happy with his current squad and will only re-enter the market if the right opportunity presents itself.

Hughton has been busy this summer after already making seven signings to bolster his side this summer, after comfortably avoiding the drop last term.

Hughton now feels he has a squad that is competitive for the upcoming Premier League season.

“We are happy with what we have got and we will only bring in [players] if we feel it is right for the team and right for the squad,” Hughton told Sky Sports News.

“At this moment we are happy with where we are and we have got good numbers, but we would tweak things if we can.”

The Seagulls, who are 3.00 to be relegated next season, boss though could soon be looking to offload some of his squad.

Hull are reported interested in Jiri Skalak and Oliver Norwood and Hughton admits the duo may be allowed to move on.

He added: “Jiri almost went out on loan last season and of course Ollie Norwood did so they are two players who are very much part of what we are doing here but with the opportunity, yes they might go.

“But what they have done is give us really good strength at this moment in preseason and both of them have worked very, very hard.”