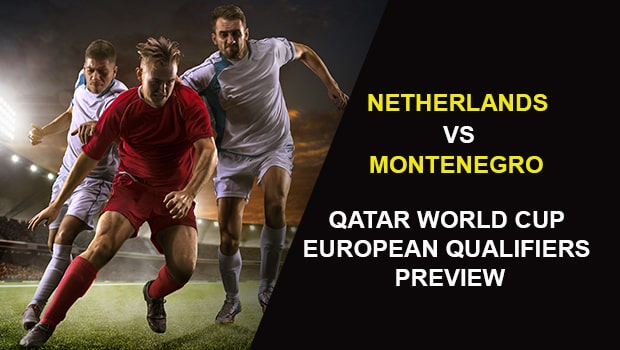 We are under two months removed from the Euro 2020 Finals, a game in which Italy overcame England. We know look ahead to Netherlands vs. Montenegro for Matchday 5 in the Euro 2022 World Cup qualifiers. It’s getting to the stage of the qualifiers were teams who are behind desperately need to pick up points in order to stay in the race for a World Cup spot. Let’s take a closer look at where the value is at in this matchup.

Netherlands hosts Montenegro at Philips Stadion this Saturday at 2:45 PM ET in a crucial Group G game of the Qatar World Cup European Qualifiers. Netherlands, along with Montenegro and Norway are tied for second place in Group G with seven points in four games, one point behind Turkey, which makes this a very important game.

Last Wednesday Louis van Gaal had his first game in this new opportunity as Netherlands head coach and they escaped with a 1-1 road draw against Norway thanks to a Davy Klaassen equalizer. Montenegro, on the other hand, is coming off a 2-2 road draw against Turkey on Wednesday, after Risto Radunovic scored at 90’ + 7’ to save one point for them.

This is a must-win spot for both teams, particularly for Netherlands, at home. Netherlands has a more balanced team and more experience in big stages like this, now it’s time for them to make a statement and this is the perfect opportunity, with FC Barcelona forwards Memphis Depay and Luuk de Jong leading the offense. The player to watch will be de Jong, he has three goals in three game in this competition and he will be fired up after joining FC Barcelona this week.