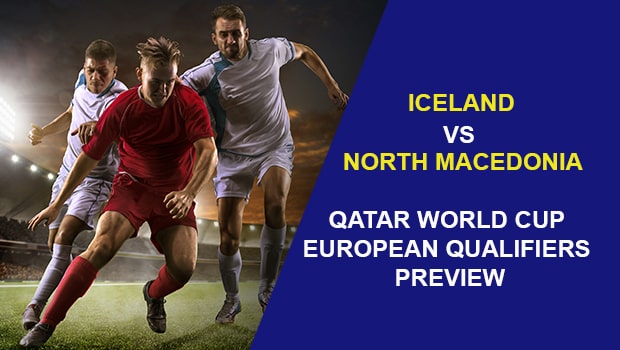 We are under two months removed from the Euro 2020 Finals, a game in which Italy overcame England. We know look ahead to Iceland vs. North Macedonia for Matchday 5 in the Euro 2022 World Cup qualifiers. It’s getting to the stage of the qualifiers were teams who are behind desperately need to pick up points in order to stay in the race for a World Cup spot. Let’s take a closer look at where the value is at in this matchup.

It’s safe to say that this is a very important game for both teams, especially for Iceland, who will be at home and desperately needs to win. Iceland is coming off a tough 2-0 home loss against Romania last Thursday while North Macedonia got a valuable point in their 0-0 road draw against Armenia on Thursday.

Can Iceland get back on track and keep their slim World Cup hopes alive? North Macedonia has a potent offense that has scored nine goals in four games. The player to watch for North Macedonia is Aleksandar Trajkovski, who has three goals in three games in this competition. Iceland needs to contain Trajkovski and play with some urgency, this is it for them and they can’t afford to drop more points. That said, I like the value I get with the Under in what should be a hard-fought, low-scoring affair.