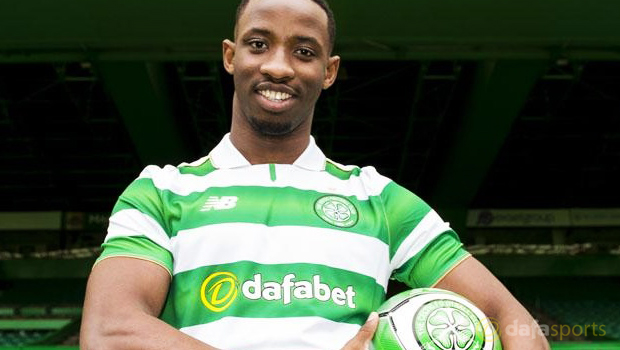 Teenager Moussa Dembele signed for Celtic from Fulham and admitted he was thrilled to have become Parkhead boss Brendan Rodgers’ first signing since taking over.

The 19-year-old scored 17 Championship goals for the Craven Cottage side last season but was able to join Celtic for a nominal fee as his contract expired this summer.

The French forwards says that Rodgers sold the idea of joining the Scottish champions to him and convinced him Celtic is the right club for the next phase of his development.

“It’s a massive thing to come to this club and to be Brendan Rodgers’ first signing is something unreal for me,” he told the Celtic website.

“The manager told me that Celtic is a good team for me. When I come here I will have game-time but I have to show that I can stay in the team, and it’s a good way for me to progress here with a massive stadium and the fans and the city.

Everyone lives for Celtic, and for me it’s unbelievable to play for a massive club like this.”

Dembele had spent three years at Fulham after joining from Paris St-Germain.

His form for the club had caught the eye of a number of English Premier League suitors, with Tottenham close to completing a deal in the January window.

The player says he is excited about moving to Glasgow and, while he has been keeping tabs from a distance, he is eager to link up with his new teammates on their pre-season tour.

“As a young footballer you have get as much experience as you can to get to the next level and at Celtic I know I can win trophies and play European football, and it’s a massive club as well, so it feels good,” he added.

“Last year I followed the Scottish league, so I know the Celtic team but I really need to get to know them when I get to Slovenia.”

Celtic are 1.25 to win the Scottish title under Rodgers next season, while Old Firm rivals Rangers are 4.20.