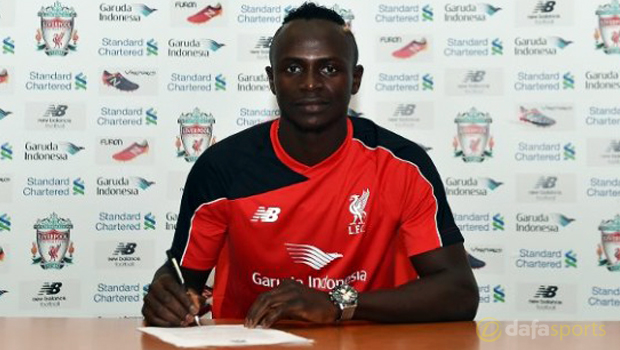 Jurgen Klopp says he has been tracking new Liverpool signing Sadio Mane for four years in the hope of working with the player.

Klopp is attempting to build a squad that can see Liverpool become title challengers next season and the German revealed he has long been an admirer of Mane’s talents.

“I have followed Sadio for a lot of years since his impressive performances in the Olympics in 2012, and then watched his development in Austria and in his time at Southampton,” the Reds boss told the club’s official website.

Klopp hinted that bringing the 24-year-old to Merseyside has been in his thoughts from the moment he took over from Brendan Rodgers last October and he is convinced Mane is joining for the right reasons.

“Since I came here I have spoken to the staff a lot about him and have always felt he could be a very good signing for us.
He has a lot of quality, works hard and has a very good goalscoring record,” he added.

“When I spoke to him I could tell that he was passionate about joining the club and playing for our fantastic fans.”

Mane, who scored 25 goals in 75 appearances for the St Mary’s outfit, has revealed the chance to work with the former Borussia Dortmund boss was a factor in his move to Liverpool.

“I spoke with him and I think he played a big role in me coming to Liverpool and I want to thank him for all the confidence,” Mane said.

“He said he wanted me to come and I didn’t try to ask myself questions as I was convinced Liverpool was the right club for me.

It is the right club, right coach and right moment to change.”

Liverpool are 9.00 to win the Premier League next season while they are 2.50 to finish in the top four.