Chelsea: Mourinho not looking past Steaua 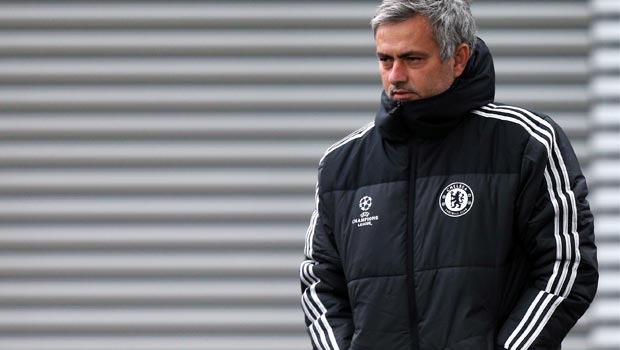 Chelsea boss Jose Mourinho says there is no chance of him over looking Steaua Bucharest in Champions League on Wednesday, despite confirming he will rest some members of his squad.

The Blues go into the final match of Group E having already qualified for the next round of the competition but still needing a win to make sure of top spot in the group.

With their Romanian opponents having nothing to play having already been eliminated from the competition the clash at Stamford Bridge is seen as a foregone conclusion.

However, Mourinho is refusing to underestimate Steaua as he looks to end what has been a tricky group stage campaign on a high.

Despite Chelsea’s next opponents having not won a game in this year’s competition the Portuguese tactician believes they have proven themselves to be a dangerous outfit.

“I read somewhere that the Steaua coach says he is coming here with his best team and best players to try and finish the group in the best possible way. I would do the same in his position,” said Mourinho.

“They have been important in the group phase because they took four points from Basel and also drew against Schalke. They were not a team – which we always see in the Champions League – who finished with zero points. They have got three draws and will try to do same tomorrow. We have to try and win game and finish first.”

While the Blues boss is paying the upmost respect to Steaua he has revealed he will rest at least three members of his squad for the game as he looks to keep his players fresh heading into the festive period.

“I won’t play the same team as the last match because some players need a little rest. We have an important game on Saturday [against Crystal Palace] and then got a League Cup quarter-final tie [at Sunderland] on Tuesday,” he added.

David Luiz and Oscar could both be part of Chelsea’s squad for Wednesday’s game after returning to training on Tuesday.

The Brazilian duo have been sidelined by injury recently but are expected to make their returns this week, either against Steaua or Crystal Palace.