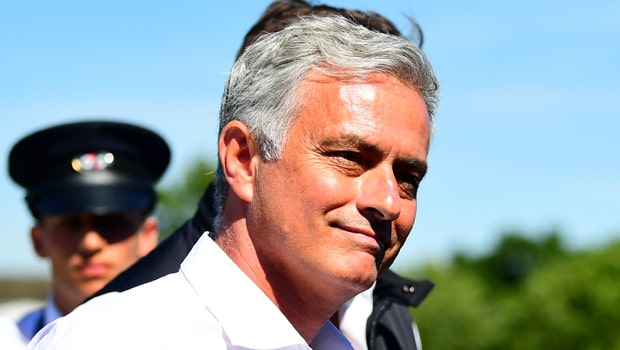 The Portuguese felt the duo should have done better to stop Liverpool’s opener in Sunday’s game at Stamford Bridge.

Jose Mourinho felt Chelsea players should have done better with set-piece defending due to how close the freekick was. The gaffer was quick to point out Kepa and Kovacic’s error while trying to defend the freekick saying Kepa was too central and midfielder Kovačić should have rushed out quickly.

“‘Maybe not just only Jorginho, also Kovačić, for example, should be ready to close and to try to block that ball. This is the kind of ball that I can see John Terry, Jamie Carragher blocking that ball with the chest, with the face, but blocking that ball, diving for that ball” the Portuguese was quoted as saying.

Jose Mourinho was also critical of Liverpool’s forward Mohammed Salah’s performance in the game saying the Egyptian attacker didn’t do more defensively during the closing stage of the game when the Reds were under pressure. “I think in the last 10 to 15 minutes of this game, Salah has to make a bigger effort and has to help a little bit more Alexander-Arnold. And then Alexander-Arnold can play a little bit more on the inside” the Portuguese was quoted as saying.

Liverpool forward Roberto Firmino scored in the 30th minute to double Liverpool’s advantage. That was before French Midfielder N’Golo Kante scored for the Blues in the 71st minute with a superb strike to reduce the deficit for Frank Lampard’s side. The win saw Jurgen Klopp’s side extend their lead at the top of the log with five points despite rivals Manchester City 8-0 thumping of Watford on Saturday.

Chelsea FC are available at 4.10 to finish as the top London club, while fellow London rivals Arsenal are fancied at 2.55