Posted by OLADIPUPO MOJEED on September 12, 2022 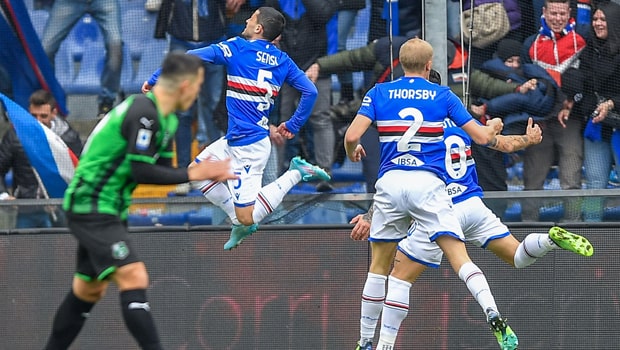 Monza on Sunday earned their historic first-ever Serie A point after holding Lecce to a 1-1 draw.

All thanks to a splendid Stefano Sensi free kick that got them going before super-sub Joan Gonzalez got Lecce back on level terms.
It was a relegation dogfight between two teams promoted from the Serie B last summer.

Lecce came into the game on the back of two points earned against Empoli and Napoli, while Monza had lost all five games. This has put coach Giovanni Stroppa under immense pressure as his job was already on the line.

Lecce being the favourite in the clash and hosts, settled down quickly, and they had a huge chance early. A glancing Federico Baschirotto header from a corner flashed inches past the far post while Lameck Banda fired wide on the counter when he really should’ve released a pass for Assan Ceesay.

Federico Di Francesco couldn’t get to the end of Banda’s from six yards when anticipating the goalkeeper.

Monza took the opportunity of a freeckick they got to open the scoring at the Stadio Via del Mare. Sensi delivered a lovely free kick that curled around the wall and into the far post to give the visitors the lead.

Lecce quickly restored parity straight after the restart with their substitute as Joan Gonzalez turned in after Michele Di Gregorio got his hand to the Ceesay pull-back.

In search of a winner, Lecce had two huge opportunities in stoppages, but Di Gregorio’s heroics performance on the Gonzalez header from a corner and the Lorenzo Colombo strike gave Monza a memorable result.

In the other game, Sassuolo suffered a 3-1 defeat in a game they took the lead against visitors Udinese.

The win makes it the fourth consecutive win for the visitors, who took advantage of Atalanta’s one-man deficiency.

Meanwhile, Lazio beat Verona 2-0, and Juventus played out a 2-2 draw with Salernitana.