Modeste to join Dortmund in replacement for injured Haller

Posted by Akinnifesi Olumide on August 8, 2022 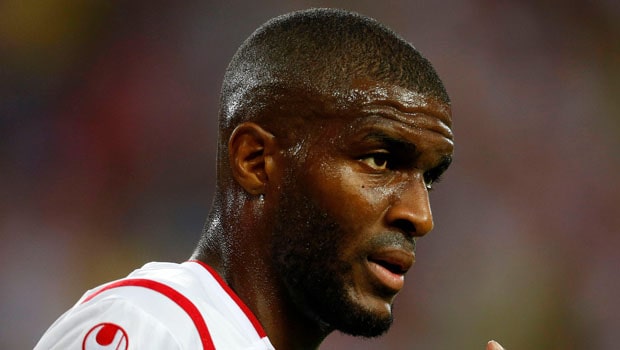 Bundesliga giants Borussia Dortmund have confirmed the signature of Anthony Modeste. The Black and Yellow side announced the capture of the veteran from Cologne.

Modeste, who has now penned a one-year deal with Dortmund, is set to replace the injured Sebastien Haller, reportedly receiving therapy after suffering from testicular cancer.

According to reports, Dortmund had already agreed to a deal with Cologne over the weekend for the transfer after initially agreeing on personal terms with Modeste representatives, with Dortmund said to make a payment of around 5 million euros with medicals waiting in place.

During the replacement search, Dortmund was linked to many forwards with the likes of PSG Mauro Icardi, Memphis Depay, Edinson Cavani, and Luis Suarez on the list but finally settled for the 34-year-old striker due to his vast experience in the Bundesliga.

Speaking on the confirmation of the deal on Sunday afternoon, Dortmund director Sebastian Kehl revealed the club had agreed to a deal in principle with Cologne for Modeste.

“We’re glad to have struck a deal with Cologne for Modeste as we believe he is the perfect fit to fill in for Haller till he returns.” However, there are still some details to be finalized, including medicals in the coming days as we look to the completion of this deal”. He added.

There will be some sort of relief in the Dortmund camp with this deal in place, as Haller will look to recuperate from his injury after a successful surgery.

The former Ajax man was signed to replace the departed Haaland, who left the club to join Premier League side Manchester City this summer. Hopefully, he gets back and returns to full fitness to lead the Dortmund attack.

Dortmund kicked off their 2022/’23 campaign with a 1-0  victory over Bayer Leverkusen on Saturday.