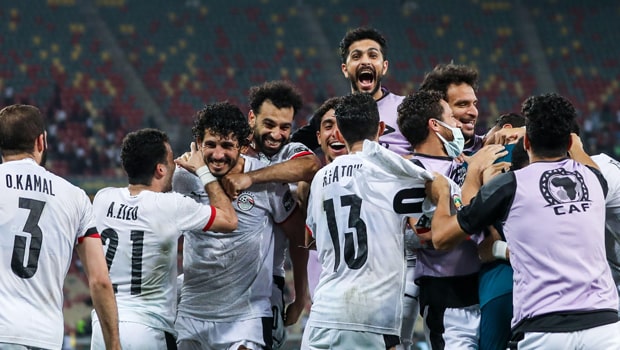 Liverpool forward Mohamed Salah scored the decisive spot-kick as Egypt moved into the Quarter-finals of the CAF Champions League ahead of Ivory Coast.

The Egyptians finished second behind Nigeria in Group D after losing to the West Africans but recording wins against Sudan and Guinea Bissau. Ivory Coast on the other hand finished top of their group ahead of Equatorial Guinea and Sierra Leone, even beating last Champions Algeria 3-1 in the final group game.

The seven-time champions played their best game yet in Cameroon especially with the fact that the fans in the stadium supported the Pharaohs. Egypt pressed the Ivory Coast in the second half as Amr El Soleya and substitute Trezeguet shot off target.

Two-time Champions Ivory Coast forced El Shenawy into saves from Sebastien Haller and Wilfried Zaha. The goalkeeper was replaced at the end of regular time for a foot injury. It is speculated that the goalkeeper could return in time for the quarter-final match against Morocco.

The extra time saw both teams test each other’ but neither side could get the breakthrough leading to the penalty shootout.

As the whole of 90 minutes couldn’t separate both teams, so also was the extra thirty minutes. However, it was Ivory Coast who blinked first as substitute goalkeeper Gabaski saved from Manchester United defender Eric Bailey.

Mohammed Salah scored the decisive penalty to send Egypt to the next round for a chance at a possible 8th AFCON title.

Similarly, Equatorial Guinea also moved into the next round ahead of Mali after beating the West Africans on penalties. The game ended goalless between both sides but celebrations will go late into the night in Bata and Malabo.

The quarter-finals fixtures are now complete as Tunisia face Burkina Faso while debutants play Cameroon while it’s a North African derby between Egypt and Morocco while Senegal plays Equatorial Guinea.

Cameroon vs the Gambia