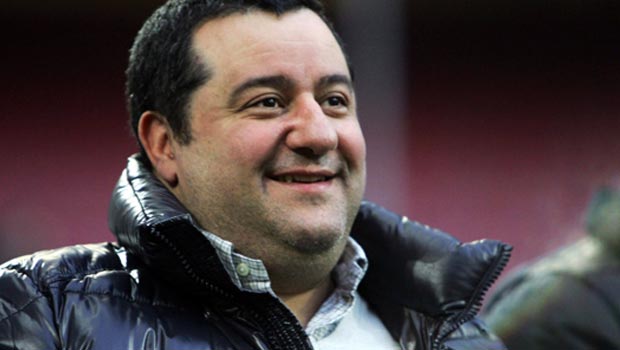 Mario Balotelli’s agent, Mino Raiola, has revealed that he has pulled out of the race to become the next FIFA president.

Raiola became the latest name linked with the running to try and challenge Sepp Blatter for the position when he admitted his interest last week.

The agent, who has the likes of Balotelli, Henrikh Mkhitaryan, Zlatan Ibrahimovic and Paul Pogba on his books, claimed the game needed a change but he has now withdrawn his application.

KNVB chief Michael Van Praag announced on Tuesday that he will run for the position and Raiola has now offered him his support.

“Van Praag is someone with a better network, with more patience and who is a bit more of a natural when it comes to politics.

“I’m happy to make way for someone like him.”

Van Praag will now be up against Jerome Champagne, Prince Ali Bin Al Hussein and David Ginola as they all look to replace the 78-year-old Blatter.

Raiola has also admitted that Balotelli is eager to stay at Liverpool in the January transfer window.

The Italian has failed to find the net in the Premier League this season but Raiola insists he wants to fight for his place.

He told Sky Sports News HQ: “Yes, he is happy at Liverpool. Nobody is happy to be left out but he reacted in a professional way.

“We didn’t ask to leave. It is too early, with the injury, to say we leave in January. There are no big problems. He’s adapting to a new style that the manager wants. We’ll see in the summer.”