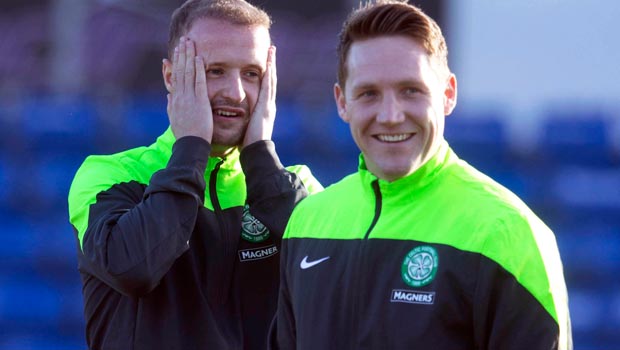 Bolton boss Neil Lennon claims the club will not be doing a deal for Celtic forward Kris Commons before the end of the January transfer window.

Lennon managed Commons during his time in charge of the Hoops and his exit created speculation that Commons may return to the Championship.

Commons scored 31 goals during Lennon’s final season in charge and he has since been in and out of the first team at Parkhead.

Celtic boss Ronny Deila has mostly used Commons off the bench this season and the ex-Scotland international has been linked with a move away from the club as a result.

Despite admitting his admiration for Commons, Lennon insists Bolton will not be pursuing any deal.

He told STV: “Celtic have come out publicly and said he’s not for sale, he won’t be leaving and we haven’t pursued that any further.

“People keep asking me about Kris and I feel uncomfortable talking about him because he is Celtic’s player at the end of the day.”

Commons is out of contract at the end of the season and Lennon has urged his former club to think about their next move. The former Leicester City midfielder also believes Commons would make a great coach with the Hoops.

“It was something that myself and Peter talked about. Kris gets the club, he gets Celtic,” he said.

“He was having a great season last year and we talked about it in terms of working again together when his career finished. He’s an intelligent boy, I think he’d have plenty to offer on the coaching side of things.

“I think he would be an asset for Celtic in a coaching capacity.”

Celtic, 81.00 to win the Europa League, will be hoping Commons decides to stay put as they try to retain their Scottish Premiership crown.