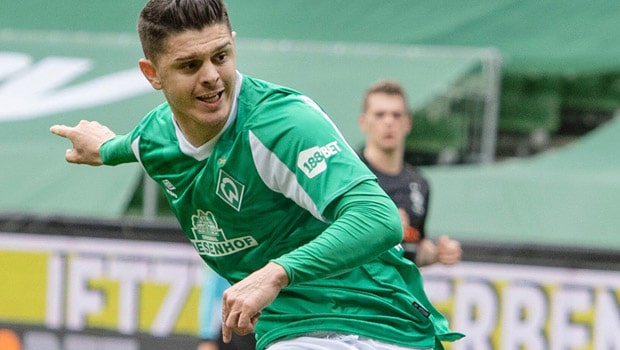 Milot Rashica, the Kosovo international who has been gathering more and more interest from Premier League clubs, is set to play for Norwich City next season in the Premier League. He had been tied to a move to Aston Villa for almost a year now, but will suit up for the Canaries instead.

“I’m really excited to play in front of the Norwich fans and in the Premier League,” Rashica said in an official statement through the club’s official website. “I will of course give my best to this football club in every game and hope to excite the fans with many goals and assists. I can’t wait to get started.”

“I know a few things about the club, particularly the style of play under Daniel Farke,” Rashica added. “I want to continue to learn and develop as a player and person and I think that the style of play here will suit me very well.”

On the international level, Rashica has scored six goals in 32 caps for Kosovo.

“With Milot we have a very interesting player and we’re delighted to have been able to bring him to Norwich City,” Daniel Farke said. “Many top clubs have been interested in his signature over the last seasons and he was quite often connected with a big money move.”

“I have spoken with the boss and I know what he wants to see from me,” Rashica said. “Those conversations with him recently have been a big help and I am very excited.”