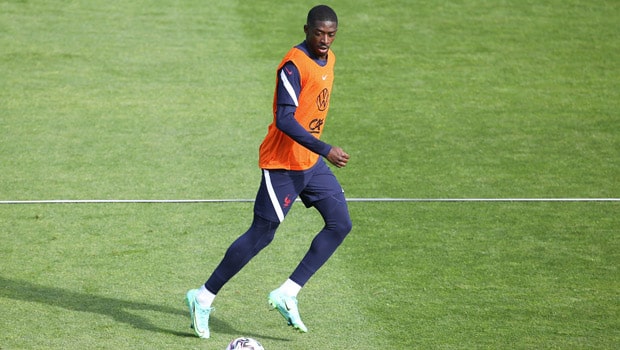 Forward Ousmane Dembele of France has been ruled out for the remainder of Euro 2020 due to injury, according to the French football federation.

He most recently played as a substitute in the team’s 1-1 Group F draw vs Hungary on Saturday.

Dembele had an immediate impact on the pace of play, but did limp off with some sort of a knee injury.

“Ousmane Dembele had an X-ray at the Budapest hospital on Sunday night,” the French football federation said in an official statement.

The team is expected to lean on the likes of Antoine Griezmann, Karim Benzema and Kylian Mbappe, Olivier Giroud, Kingsley Coman and Wissam Ben Yedder.

“The recovery time is incompatible with him staying in the squad,” the statement continued. “After discussing with the player and [team doctor] Franck le Gall, [coach] Didier Deschamps has acknowledged that Ousmane Dembele is ruled out for the rest of the tournament.”

At the time of publication, France lead Group F with four points, one point up on Germany and Portugal. France and Portugal are set to match up Wednesday.

“Dembele, it’s hit on the tendon, behind the knee, it will be necessary to check,” Deschamps had said over the weekend. “He continued, he wanted to cross and felt a fairly significant discomfort. I brought him out. We will have to watch it.”

Portugal heads into this week’s match vs France following a loss to Germany last week.