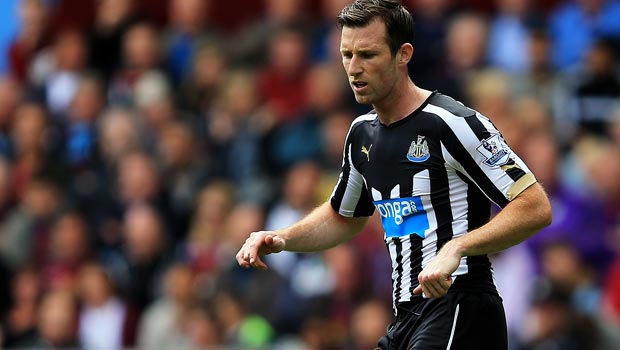 Newcastle United defender Mike Williamson is confident his side can build on Saturday’s 2-2 draw against Hull City to ease the pressure on boss Alan Pardew.

The centre-back insists there is “togetherness” in the Magpies squad despite a terrible start to the Premier League season.

Pardew’s side, 5.00 to be relegated, are still rock bottom with just three points taken from five matches. They went 2-0 down on Saturday at St James’ Park but Papiss Cisse scored a brace to ensure they rescued a point.

Despite poor results and pressure from the club’s fans, Williamson is confident the side can come through a tough period.

He told the Daily Star: “I think we showed the togetherness which exists within the squad with that result.

“It was a tough afternoon for all of us but we showed character, resilience and what it meant to the lads to come back.

“There was a lot of speculation about certain things but the fans got behind us and it helped a lot.

“It’s hard to say things like that don’t affect you at all as it does bring a lot of pressure, but a lot of fans showed their true colours and got behind us.

“As a player, you want to play the next day after a game and defeat like we had at Southampton. It was an unacceptable afternoon. You want to put it behind you and bounce back and, after a tough week, we did that against Hull.

“Now we have Stoke to look forward to next Monday after Crystal Palace. There are never going to be any easy games in the Premier League but we have to build on the positives we showed against Hull, where you could see what it meant to the lads.”