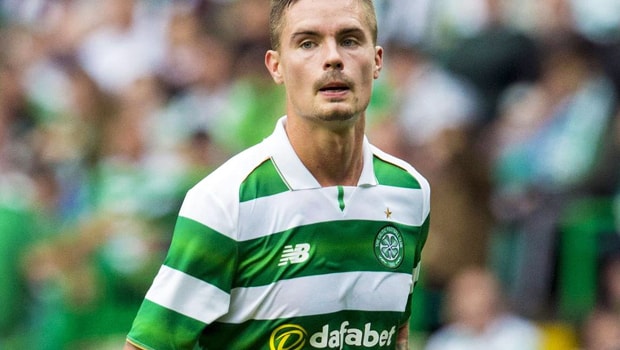 Mikael Lustig has vowed to keep working hard on his fitness in order to help Celtic in their quest for success and in the process win a new contract.

The Swede has played an important role since moving to Parkhead from Rosenborg in January 2012, helping the club to four straight league titles and picked up his seventh winners medal in last weekend’s League Cup final victory over Aberdeen.

However, his fitness record was a concern during his early days as he missed a number of matches due to niggling injuries.

Lustig has now changed his fitness routine to include time on the exercise bike in a bid to strengthen his leg muscles, an approach he often used while in Norway.

With his contract up in the summer, the Swedish international admits he is desperate to stay in Glasgow.

The defender turns 30 in a fortnight but insists he still has plenty to offer and hopes his newfound fitness can win him a new deal.

“A couple of years ago it wasn’t much fun. I always felt as if I’d pull a groin, a hamstring or something,” Lustig is quoted as saying by the Daily Record “But I decided to go back to the way I was when I was at Rosenborg when I was never injured.

Over the past year I’ve played a lot of games and I feel really strong. The routine I returned to is more to do with what I do after training, such as work in the gym and the like.

“I love to play for this club. I have been here five years and hopefully I can be here a little bit longer.”

Saturday sees the Bhoys travel to Motherwell, a game they are strong 1.20 favourites to win, with the draw at 6.50 and the Steelmen on offer at 13.00.